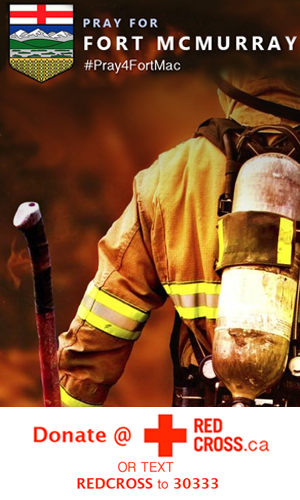 There are few certainties in life - we can always count on the sun coming up in the morning, Edmonton winters being dreadful, and the Oilers missing the playoffs. As such, we present the annual OilersNation Draft Party! It's time to honour the the anniversary of drafting our beloved Connor, celebrate the rewards of another failed season, and raise some money for charity.

Here's what you need to know...

The party is happening at the Pint Downtown on Friday, June 24th. The goal is to raise as much money as possible for the Red Cross and their efforts to bring normalcy back to Fort McMurray, and have a little bit of fun while we're at it. For $30 you get a Draft Party t-shirt, a $20 Pint GC, a $10 Oodle Noodle GC, $10 off your next oil change at Jiffy Lube, a draft party collectors cup, and a chance for prizes and eternal glory.

All proceeds from tickets sold will be donated directly to the Red Cross so bring your friends, get involved, and help us support a community in need.

One day, the Oilers will be a good hockey team and we'll all be able to laugh about this. Until then, we party.

Tickets no longer on sale for this event.

This event is over! Check out our events currently on sale